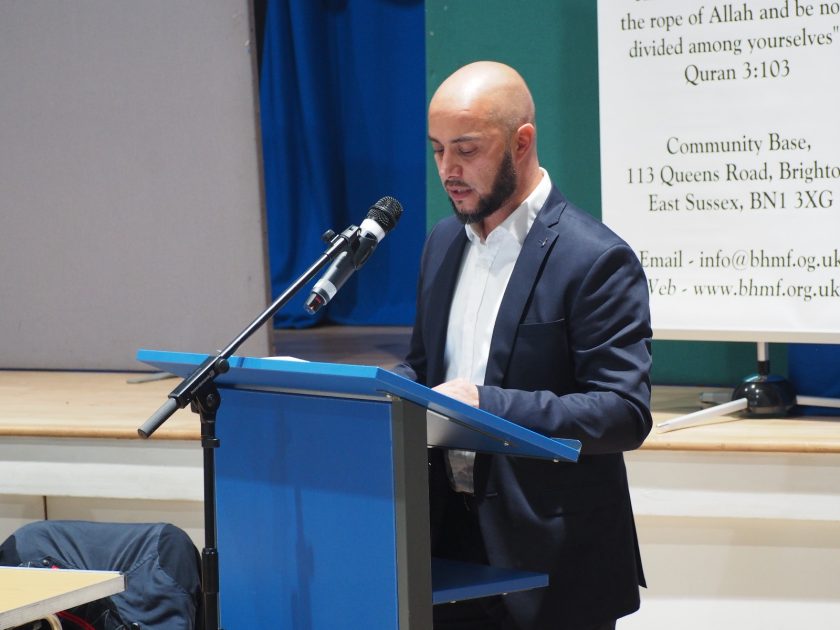 It was by invitation only.

This conference was conceived of and promoted as an event looking to address, specifically, the rise in Islamophobia and radicalisation in the UK.

It comes at this critical time in British history where we are witnessing an unprecedented level of violent crimes being committed against civilians by those claiming to represent Islam as well by far-right groups.

Those who attended were: Mrs. Bourne (the police commissioner), Lisa Bell (Brighton Police commander)and her team, Geoff Raw (CEO of Brighton council) and his team, number of councillors from Brighton, councillors from Eastbourne,  Peter Castleton (head of safety community team), prevent officers, Mahir Chawdry ( chair of Racial harassment forum) and his team, One Voice members, Vice chancellors or their representatives from our two universities, principals of Metropolitan college and BHASVIC college, Imams from (Brighton, Eastbourne, Worthing, Hastings, Seaford and Newhaven), other Muslims from Sussex area, interfaith members, and some others including invited press. A total of 102 people attended.

All three Brighton MPs spoke as well as Stephen Lloyd from Eastbourne.