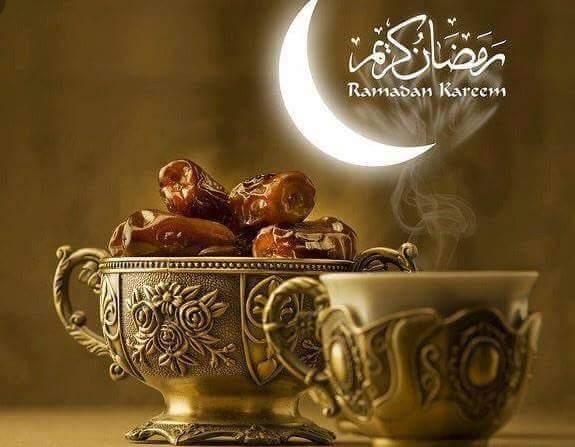 BHMF wishes all our brothers and sisters around the world a very happy Ramadan.

We pray that Allah tala allows this to be our best ever Ramadan for all of our brothers and sisters. May we all excel in our worship and may all our fasting, Quran reading, ziker, salah and charity be accepted by Allah tala. ameen, ameeen, ameen.

We ask Allah tala to remove the difficulties of our brothers and sisters around the world and spread guidance to all of humanity. Ameen, ameen, ameen.

Ramadan is the ninth month of the Islamic calendar. It is a time of fasting for the Islamic people. Each day during this month, Muslims all over the world abstain from eating, drinking, smoking, as well as participating in anything that is ill-natured or excessive; from dawn until the sun sets. Fasting is intended to educate the Muslim in spirituality, humility and patience. It is a time to cleanse the soul, focus attention on God, and put into practice selflessness. Ramadan is a time for Muslims to fast for the sake of God and to put forward more prayer than is customary.

Fasting is one of the Five Pillars of the Islam religion, and one of the main types of Islamic worship. Restraint from everyday enjoyment and curbing wicked intentions and cravings are considered as an act of compliance and obedience to God, as well as amends for sins, faults, and mistakes. Ramadan is also called Ramazan. During Ramadan, Muslims request forgiveness for sins in the past, pray for direction and assistance in abstaining from everyday troubles, and endeavor to cleanse themselves through self-control and great acts of faith.

In comparison to the solar calendar, the Ramadan dates differ, moving forward approximately ten days every year due to the fact that it is a moving holiday which is dependent on the moon. Ramadan was the month in which the initial verses of the Qur’an were said to be shown to Muhammad, the Islamic Prophet.

The name “Ramadan” had been the name of the ninth month in Arabian tradition prior to the onset of Islam; the word itself originated from an Arabic root “rmd”, in words like “ramida” or “ar-ramad” which means severe heat, burnt ground as well as shortness of provisions. Individuals say it is named Ramadan because it burns out the sins with good deeds, as the sun scorches the ground. In the Qu’ran, God declares that “fasting has been written down upon you, as it was upon those before you”. In accordance with the first hadith, this is in reference to the Jewish custom of fasting on Yom Kippur.

The lunar cycle determines the Islamic calendar, therefore the month of Ramadan, which is the ninth month commences with a mixture of the sighting of the new moon as well as astronomical calculations. The precise time of Ramadan will at times vary from place to place because some depend a great deal on moon sightings, while others rely on science. An Imam which is a Muslim holy man will make known the correct time of Ramadan right before it begins. The fasting phase finishes upon the sighting of the next new moon, which take place after 29 or 30 days.

Ramadan conveys an extraordinary sense of emotional enthusiasm and religious eagerness among Muslims of all ages. Even though fasting is compulsory for adults alone, children as young as eight readily watch fasting with their elders. Children look forward to the thrill of the moon sighting and eating unique meals with their relatives. Adults are grateful for the chance to double their rewards from God and ask for pardon for their past sins. Ramadan highlights Muslim brotherhood and customs and brings about a special feeling of closeness.